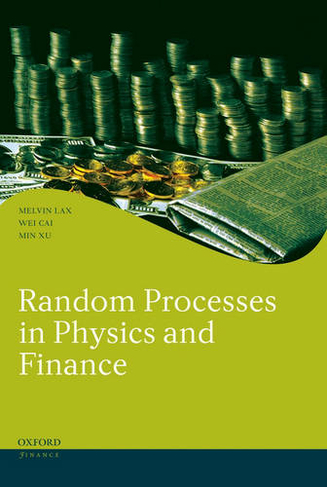 Random Processes in Physics and Finance

This respected high-level text is aimed at students and professionals working on random processes in various areas, including physics and finance. The first author, Melvin Lax (1922-2002) was a distinguished Professor of Physics at City College of New York and a member of the U. S. National Academy of Sciences, and is widely known for his contributions to our understanding of random processes in physics. Most chapters of this book are outcomes of the class notes which Lax taught at the City University of New York from 1985 to 2001. The material is unique as it presents the theoretical framework of Lax's treatment of random processes, from basic probability theory to Fokker-Planck and Langevin Processes, and includes diverse applications, such as explanations of very narrow laser width, analytical solutions of the elastic Boltzmann transport equation, and a critical viewpoint of mathematics currently used in the world of finance. 30 line drawings