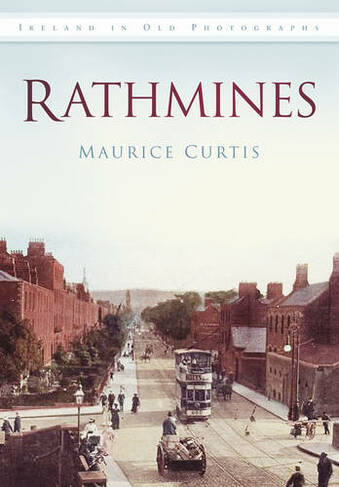 Rathmines lies on the south bank of the Grand Canal, stretching out as far as Rathgar and bordered on two sides by Ranelagh to the east and Harold's Cross to the west. It is one of the country's most well-known suburbs, home to heads of government, vast swathes of students and local families alike. The colourful array of public houses have become institutions for many over the years, and its landmarks, the old Stella Cinema, the clock tower and the famous green dome of the Mary Immaculate church, have been forged in the memories of countless generations. This is an area of Dublin that holds a very particular resonance for many people all over Ireland. In his latest book, writer and historian Maurice Curtis takes the reader on a visual tour of Rathmines through the decades, recounting both the familiar and the forgotten, those features and events that may have faded over time. From the Battle of Rathmines in the seventeenth century (that changed the course of Irish history) to the achievements of Irish Independence and beyond in the twentieth century, Dr Curtis charts the development of this nationally important suburb that mirrors the changing face of Ireland itself. Illustrated with over 150 archive photographs, this fascinating book pays fitting tribute to the place Rathmines has carved in the history of all who have passed through it.

Maurice Curtis is an author and historian, and long time resident of Rathmines. This is his second book with The History Press.