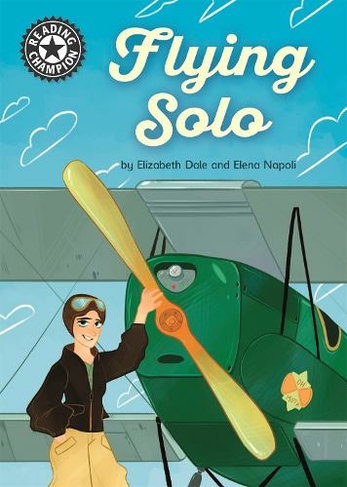 Elizabeth Dale (Author) Elizabeth Dale always dreamed of being a writer but somehow got side-tracked into studying for a physics degree, followed by health service management. When her children were born she finally returned to her dream, writing thousands of short stories for magazines all over the world. Re-discovering a love of children's books while reading to her daughters, she decided to turn her hand to writing them - and has now published over twenty books for children, including picture books and junior fiction. Writing is her full-time job, but also her favourite activity. She also enjoys reading, gardening, walking, and being in the country. Her favourite children's books include Walk Two Moons, The Selfish Giant, Cosmic, and Someone Else's Life. She loves watching cosy sentimental films, such as You've Got Mail, Return to Me, and While You Were Sleeping, as well as classic old films starring Cary Grant, Fred Astaire and Doris Day. Elizabeth is married, with three daughters, and lives in a village in West Sussex. Her daughters, Katie and Jenny, are also children's authors with Hachette.Elena Napoli (Illustrator) Elena is an Italian Illustrator and Character designer, who studied Entertainment Design at the "NEMO Academy of Digital Arts" in Florence. Growing up in the Italian art scene, she has drawn for as long as she can remember and she has always known that this would be her future. Starting with digital and traditional techniques, like watercolour and ecoline, she initially focused on animated films and then moved to illustrations. Afterwards, came the Florentine academic experience, which expanded her horizons towards everything related to Entertainment (from concept art for animation studios and videogames to illustration for publishing and graphic design) along with several workshops with professional artists from the world's biggest animation studios. Her greatest passion, however, has always been children's illustration. Her business background is currently composed of experiences in Character Design, Storyboarding and Illustration, but her versatile style and curiosity allows her to adapt and work in many areas of the artistic field. Among her interests are music, young adult fiction, children's books, indie video games, films and TV series, as well as her dream of travelling doing what she loves and finding her own place in the world.