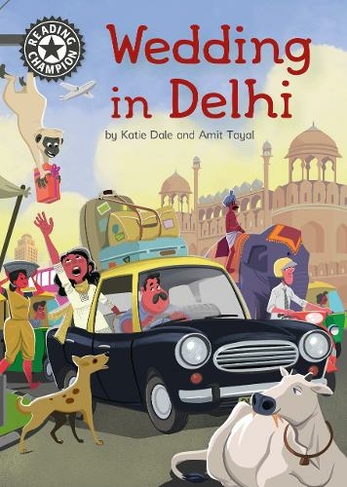 Katie Dale had her first poem 'The Fate of The School Hamster' published in The Cadbury's Book of Children's Poetry, aged 8 and hasn't stopped writing since. On graduating, she went travelling through South-East Asia - only to discover whilst in a Vietnam internet cafe that she was a winner of the SCBWI 2008 Undiscovered Voices competition. Amit is a multi-award winning illustrator. Working for almost a decade Amit has produced a wide range of illustration styles, using both digital and traditional methods. Amit has worked in various publications and animation studios. Working in numerous educational, children books and comic books, he has been published around the world and has won multiple awards for his work. His background was originally in animation where a lot of his time would be spent illustrating in-house to suit all sorts of projects. Illustration, however, was always his favoured pursuit and his ambition was to concentrate on this full time, so he did just that and went freelance. He finds himself very fortunate over the years to have worked with lots of interesting and great studios with no shortage of great ideas.