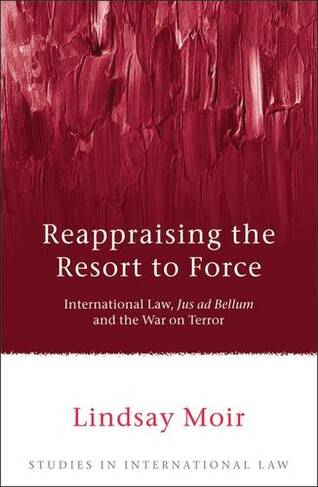 A number of commentators assert that the military response to the terrorist atrocities of 11 September 2001 - encompassing attacks on Afghanistan and Iraq, and commonly referred to as the 'war on terror' - has significantly impacted upon the international law regulating resort to armed force by states (jus ad bellum), loosening the constraints on self-defence. Some even suggest that the very future of the United Nations, in particular the Security Council and its collective security system, is at risk - at least in its current form. This book does not address the question of the future of the United Nations, an issue probably best left to scholars of international relations. Instead, it seeks to place the 'war on terror' within the context of international law, assessing how, or whether, it can be accommodated within the existing legal framework limiting the use of force. Through an examination of the lawfulness (or otherwise) of both Operation Enduring Freedom and Operation Iraqi Freedom, including the legal justifications advanced by those states involved and the reaction of the international community, and involving a detailed discussion of the most important developments (ie, the permissibility of self-defence against non-state, terrorist, actors and the 'Bush doctrine' of pre-emptive self-defence against terrorists as proclaimed in the 2002 US National Security Strategy) the book determines whether, and to what extent, the right to use force - or the acceptability of such military action - is currently undergoing a radical transformation. By assessing subsequent developments illustrating the impact that military action against Afghanistan and Iraq has had on the jus ad bellum, this book represents a distinctive and original contribution to the academic literature. black & white illustrations

Lindsay Moir is Professor of Law at Hull University.