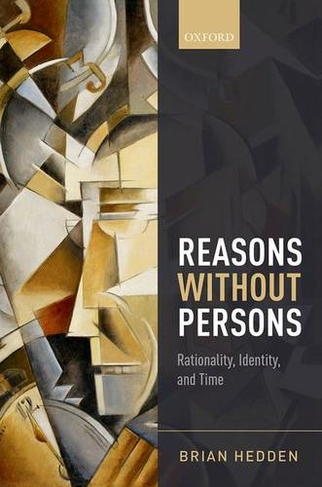 Also available on eBook for £45.11. Click here to purchase from Rakuten Kobo

Brian Hedden defends a radical view about the relationship between rationality, personal identity, and time. On the standard view, personal identity over time plays a central role in thinking about rationality. This is because, on the standard view, there are rational norms for how a person's attitudes and actions at one time should fit with her attitudes and actions at other times, norms that apply within a person but not across persons. But these norms are problematic. They make what you rationally ought to believe or do depend on facts about your past that aren't part of your current perspective on the world, and they make rationality depend on controversial, murky metaphysical facts about what binds different instantaneous snapshots (or 'time-slices') into a single person extended in time. Hedden takes a different approach, treating the relationship between different time-slices of the same person as no different from the relationship between different people. For purposes of rational evaluation, a temporally extended person is akin to a group of people. The locus of rationality is the time-slice rather than the temporally extended agent. Taking an impersonal, time-slice-centric approach to rationality yields a unified approach to the rationality of beliefs, preferences, and actions where what rationality demands of you is solely determined by your evidence, with no special weight given to your past beliefs or actions.

Brian Hedden was an undergraduate at Princeton University, graduating with a degree in philosophy in 2006. He received his doctoral degree from the Massachusetts Institute of Technology in 2012, after which he was a junior research fellow at Oxford University until 2014. Since 2015 he has been a lecturer at the University of Sydney.