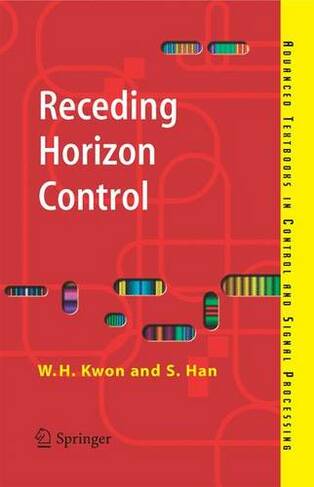 Easy-to-follow learning structure makes absorption of advanced material as pain-free as possible Introduces complete theories for stability and cost monotonicity for constrained and non-linear systems as well as for linear systems In co-ordination with MATLAB (R) files available from springeronline.com, exercises and examples give the student more practice in the predictive control and filtering techniques presented 2 Tables, black and white; 51 Illustrations, black and white; XIV, 380 p. 51 illus. With online files/update.

Professor Kwon was President of IFAC between from 2006 to 2008. He has an excellent reputation as a leading control engineer and an important member of IFAC. He has specialised in model predictive control for many years.Professor Kwon was a research associate at Brown University in 1975 and from 1976 to 1977 he was an adjunct assistant professor at the University of Iowa. Since 1977, which includes a period from 1981 to 1982 when he was a visiting assistant professor at Stanford University, he has been with Seoul National University.During his career Professor Kwon has published more than 60 international journal papers and approximately 120 international conference papers. In recognition of his academic and industrial achievements in Korea he was endowed with a POSCO professorship from Pohang Steel Company in 1995, and in 1997 received the National Academy of Sciences Award. He is a Fellow of the Korean Academy of Science and Technology and is also a member of the National Academy of Engineering. Since 1991 he has been the Director of the Engineering Research Center for Advanced Control and Instrumentation established at SNU by the Korean Science and Engineering Foundation. This Center won the prestigious University LEAD Award of the Society of Manufacturing Engineers (SME) in the US under his guidance in 1996. He was a key founder of the Korea Automatic Control Conference, now in its fourteenth year, in which about 650 people participate every year. He was a key founder and is now President of the Institute of Control Automation and Systems Engineers which is the Korean National Member Organisation of IFAC. He became the Vice-President of IFAC in July 1999. He will be President elect of the Korean Institute of Electrical Engineers next year. He was the founding Vice-Chairman of the Asian Control Professors Association in 1996 and is now the Chairman. He was also a founding member of the Steering Committee of the Asian Control Conference.