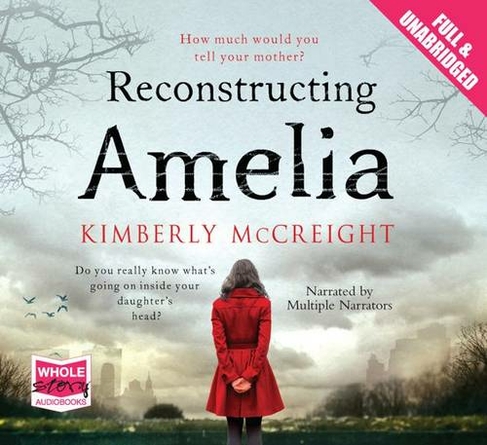 By Kimberly McCreight (Author), Harper Marshall(Read by), Jamie Parker(Read by), Jane Collingwood(Read by), Kate Harper(Read by)
Audio Book
https://www.whsmith.co.uk/products/reconstructing-amelia-unabridged-edition/kimblerly-mccreight/kate-harper/audio-book/9781471245626-12-000.html £20.41 rrp £25.52 Save £5.11 (20%)
GBP
Availability
In Stock
Free Delivery Available When You Spend £25 Or More
Details
Spend £25 On Eligible Products To Recieve Free Standard Delivery To You Home Or Free Next Working Day Click And Collect To Store
Share

Do you really want to know what's going on inside your daughter's head? Single mother Kate Baron is in the meeting of her career when she is interrupted by a telephone call. Her daughter Amelia has just been suspended from her exclusive school. When Kate eventually arrives an hour later, she hears the news that no mother ever wants to hear. A grieving Kate can't accept that her daughter would kill herself. But she soon discovers she didn't know Amelia quite as well as she thought. Then Kate receives an anonymous text saying simply: AMELIA DIDN'T JUMP. And so begins an investigation which takes her deep into Amelia's private world, into her journals, her email account and into the mind of a troubled young girl. This recording is unabridged. Typically abridged audiobooks are not more than 60% of the author's work and as low as 30% with characters and plotlines removed.