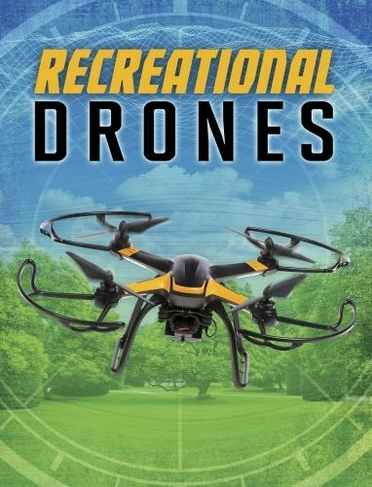 Helicopters and aeroplanes aren't the only aircraft taking off into the skies anymore. Thousands of recreational drones are launched every day. Whether owners make their own drones or buy them, recreational drone use shows no signs of slowing down. Learn all about these UAVs and the rules those flying them need to follow.

Matt Chandler is a freelance journalist and former newspaper editor. His newspaper work earned six New York Press Association awards. He has written more than 25 non-fiction books for Capstone Press, and his book, "Side-by-Side Baseball Stars: Comparing Pro Baseball's Greatest Players" was named the 2015 Outstanding Young Adult Book by the American Society of Journalists and Authors (ASJA). Matt lives in New York with his wife Amber and his children Zoey and Oliver.