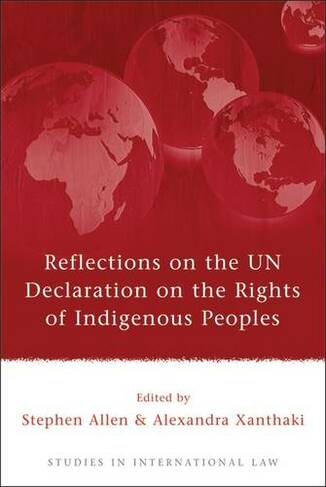 Reflections on the UN Declaration on the Rights of Indigenous Peoples: (Studies in International Law)

The adoption of the Declaration on the Rights of Indigenous Peoples by the United Nations General Assembly on 13 September 2007 was acclaimed as a major success for the United Nations system given the extent to which it consolidates and develops the international corpus of indigenous rights. This is the first in-depth academic analysis of this far-reaching instrument. Indigenous representatives have argued that the rights contained in the Declaration, and the processes by which it was formulated, obligate affected States to accept the validity of its provisions and its interpretation of contested concepts (such as 'culture', 'land', 'ownership' and 'self-determination'). This edited collection contains essays written by the main protagonists in the development of the Declaration; indigenous representatives; and field-leading academics. It offers a comprehensive institutional, thematic and regional analysis of the Declaration. In particular, it explores the Declaration's normative resonance for international law and considers the ways in which this international instrument could catalyse institutional action and influence the development of national laws and policies on indigenous issues.

Stephen Allen is a Lecturer in Law at Brunel University.Alexandra Xanthaki is a Reader in Law and Deputy Head at Brunel Law School.