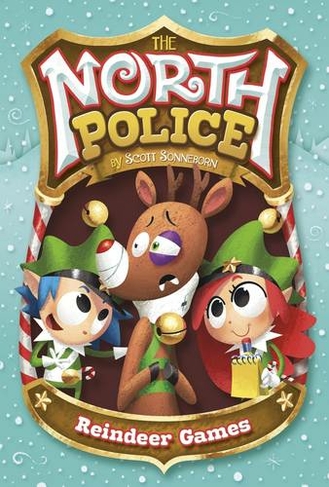 At the North Pole's annual Reindeer Games, the event's leading reindeer breaks his nose. But was it an accident or foul play? The North Police go undercover to crack the case!

Scott Sonneborn has written more than 20 books, one circus (for Ringling Bros. Barnum & Bailey), and a bunch of TV shows. He's been nominated for one Emmy and spent three very cool years working at DC Comics. He lives in Los Angeles with his wife and their two sons. Omar lives in Monterrey, Mexico. He has always been crazy for illustration, constantly on the lookout for awesome things to draw. In his free time, he watches lots of movies, reads fantasy and sci-fi books, and draws! Omar has worked for Marvel, DC, IDW, Capstone and several other publishing companies.