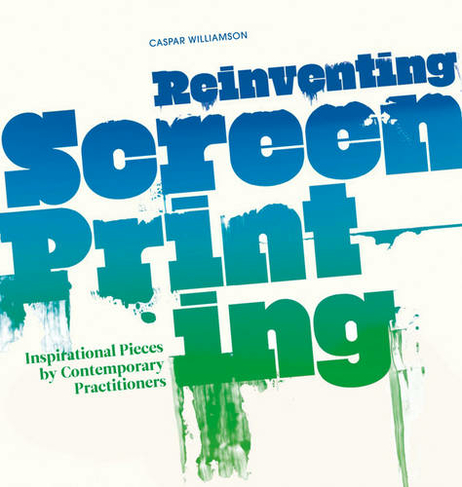 Reinventing Screenprinting is a visual treat, irresistible to designers and creatives from all backgrounds. Screenprinting is currently enjoying a hearty revival as artists increasingly embrace the medium as a means of expressing their creativity in new and versatile ways. The screen-print 'look' taps in to the popular 'handmade' aesthetic as exemplified by other revitalised crafts. This book places screenprinting in a modern context, showcasing eye-catching examples of contemporary work and profiling the craft's most exciting practitioners. Reinventing Screenprinting features informative sections on techniques and applications, but the main star of the show is the visually captivating work itself. In short, this is a must-have for all screenprint enthusiasts. 200 Illustrations, color

Caspar Williamson is a London-based illustrator and screen-printer. He runs the print and design firm Flying Machines. He studies illustration at Camberwell College of Arts where he studied many forms of printmaking, finally specialising in screen-printing. Caspar has exhibited at the 2007 Free Range Festival, as well as at 2008's Mutate Britain and Artswipe in Brick Lane. His work and illustration published in Nobrow Press' God's and Monsters issue won the D&AD 2010 award for Illustration for Magazine and Newspaper Design. Most recently, Caspar's work has been picked up by Jealous gallery in Crouch End where his work is on the books with artists such as Banksy and Charming Baker. In addition, Caspar teaches screen-printing to adults and industry professionals at Print Club, London, as well as summer workshops for children aged 11-17.