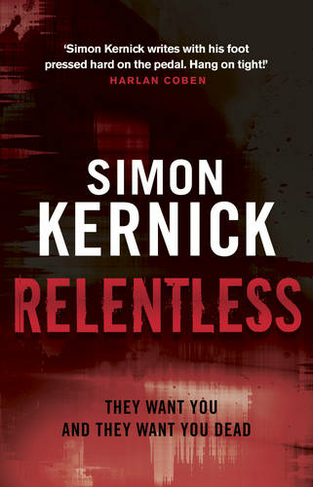 Saturday afternoon: you're with the kids in the garden when the phone rings. It's your best friend from school. Someone you haven't seen for a few years. It should be a friendly call catching up on old times. But it's not. This call is different. Your friend is panting with fear, his breaths coming in tortured, ragged gasps. Someone is inflicting terrible pain on him. He cries out and then he utters six words that will change your life forever... the first two lines of your address.

Simon Kernick is one of Britain's most exciting thriller writers. He arrived on the crime writing scene with his highly acclaimed debut novel The Business of Dying, the story of a corrupt cop moonlighting as a hitman. Simon's big breakthrough came with his novel Relentless which was the biggest selling thriller of 2007. His most recent crime thrillers include Siege, Ultimatum, Stay Alive and The Final Minute. He is also the author of the bestselling three-part serial thrillers Dead Man's Gift and One By One.Simon talks both on and off the record to members of the Counter Terrorism Command and the Serious and Organised Crime Agency, so he gets to hear first hand what actually happens in the dark and murky underbelly of UK crime.