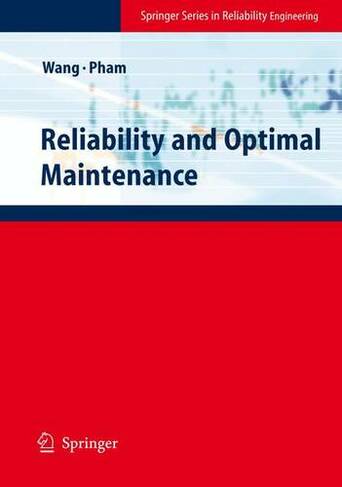 Dr. Hongzhou Wang works for Lucent Technologies, Whippany, New Jersey, and has led many reliability programs/projects. He has been a reliability and maintenance researcher for about 20 years and authored 30 papers mainly on reliability, maintenance, software reliability, safety system design and simulation. Dr. Wang has served as session chair or program committee member of several international conferences and on the Editorial Board of the International Journal of Reliability, Quality and Safety Engineering, and International Journal of Systems Science. He is listed in Who's Who in Science and Engineering.Dr. Wang received his Ph.D. in industrial engineering and his MS in statistics both from Rutgers University, New Jersey in 1997. Before joining Rutgers he worked as Postdoctoral Fellow with the Division of Applied Statistics, Institute of Systems Science, Chinese Academy of Sciences after he had completed his Ph.D. studies in electromechanical engineering at the Beijing Institute of Technology in 1991. Dr. Wang also received his MS in electromechanical engineering in 1986, and the BS in mechanical engineering in 1983. Dr. Hoang Pham is a Professor in the Department of Industrial and Systems Engineering at Rutgers University, New Jersey. Before joining Rutgers he was a senior engineering specialist at the Boeing Company, Seattle, and the Idaho National Engineering Laboratory, Idaho Falls. His research interests include software reliability, system reliability modeling, maintenance, and environmental risk assessment.Dr. Pham is the author of Software Reliability (Springer-Verlag, 2000) and a forthcoming book System Software Reliability (Springer, 2006). He is the editor of the Handbook of Reliability Engineering (Springer-Verlag, 2003) and Springer Handbook of Engineering Statistics (Springer, 2005). He is also the editor of Springer Series in Reliability Engineering. He has published more than 80 journal articles, 20 book chapters, and has been the editor of ten volumes. Dr. Pham is editor-in-chief of the International Journal of Reliability, Quality and Safety Engineering, associate editor of the IEEE Trans. on Systems, Man and Cybernetics (Part A), and guest editor of IIE Transactions and IEEE Trans. on Systems, Man and Cybernetics (Part A). He has been conference chair and program chair of over 20 international conferences and workshops and is currently the Conference Chair of the Eleventh International Conference on Reliability and Quality in Design will be held in St. Louis , August 2005. He is a fellow of the IEEE. Dr. Pham received his B.S. degrees (with honors) in mathematics and in computer science from Northeastern Illinois University, Chicago. He received his M.S. degree in statistics from the University of Illinois at Urbana-Champaign, and his M.S. and Ph.D. degrees in industrial engineering from the State University of New York at Buffalo.