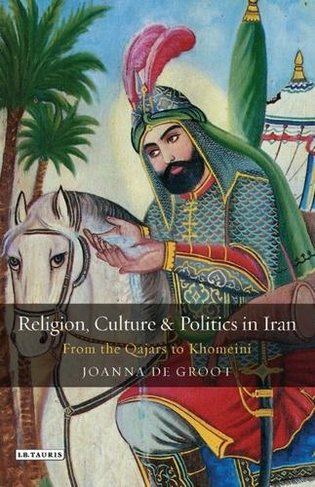 Religion, Culture and Politics in Iran: From the Qajars to Khomeini (Library of Modern Middle East Studies v. 25)

This is a new and original interpretation of the social history of religion in Iran from the 1870s to the 1970s. Iranians have always had an ambivalent attitude to religion. Throughout its history over the last thirteen hundred years, the avowedly secular has grappled with the religious within Iran. Never has this clash been more exposed than in the last 150 years. Drawing together religion and other social and cultural issues, Joanna de Groot's fascinating study of a critical period in Iran's history places the revolutionary upheavals of 1977-82 in the context of developments over the preceding century and reveals some interesting parallels with other periods. Images of justice and martyrdom which appeared in the 1970's echo similar images used in struggles for a constitution seventy years earlier; patriotic rejection of foreign influences figured in the politics of the 1950's and 1890's as well as in the anti-Shah movements of 1978-9. And always the politics of Iran have been characterised by the uneasy relationship between the religious and the secular. Stimulating and engaging, "Religion, Culture and Politics in Iran" offers lively insights for the study of Iranian society.

Joanna de Groot is a Lecturer in History Studies at the University of York where she is also a member of the Centre for Women's Studies. She has published extensively on gender and women's history.