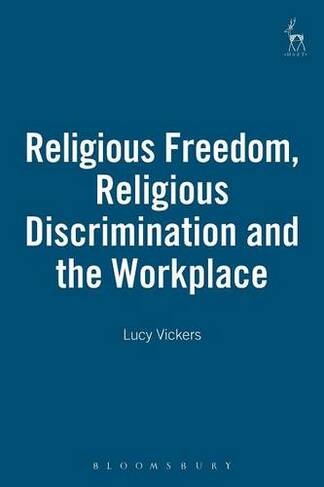 The book considers the extent to which religious interests are protected in the workplace, with particular reference to the protection against religious discrimination provided by the Employment Equality (Religion and Belief) Regulations 2003. It establishes a principled basis for determining the proper scope of religious freedom at work, and considers the interaction of freedom of religion with the right not to be discriminated against on grounds of religion. Discrimination on grounds of religion and belief within the workplace raises many complex and contested issues, not least because of the multi-faceted nature of religious discrimination. Discrimination can occur where secular employers refuse to employ or accommodate religious employees, as well as where religious groups refuse to employ those of a different religion, or those of the same religion whose interpretation or practice of the faith differs. Adding to the complexity is the fact that freedom of religion is protected as a fundamental human right which may be enjoyed by both religious individuals and religious groups. Although it is not an absolute right, its importance to individuals means that religious freedom may warrant a degree of protection in the work context. The book begins with a study of the basis for protecting religious freedom and considers the extent to which that right should be exercised in specialised context of the workplace. It takes a comparative approach, considering the position in other common law jurisdictions, and within the European Union. It locates the debate surrounding these issues within a philosophical and theoretical framework in which the importance of freedom of religion, and its role within the workplace is fully debated.

Lucy Vickers is a Professor of Law and Director of the Centre for Legal Research and Policy Studies at Oxford Brookes University.