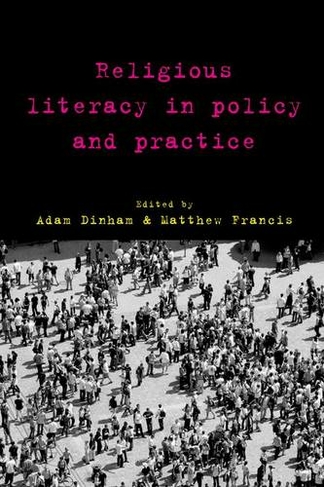 It has long been assumed that religion is in decline in the West: however it continues to have an important yet contested role in individual lives and in society at large. Furthermore half a century or so in which religion and belief were barely talked about in public has resulted in a pressing lack of religious literacy, leaving many ill-equipped to engage with religion and belief when they encounter them in daily life - in relationships, law, media, the professions, business and politics, among others. This valuable book is the first to bring together theory and policy with analysis and expertise on practices in key areas of the public realm to explore what religious literacy is, why it is needed and what might be done about it. It makes the case for a public realm which is well equipped to engage with the plurality and pervasiveness of religion and belief, whatever the individual's own stance. It is aimed at academics, policy-makers and practitioners interested in the policy and practice implications of the continuing presence of religion and belief in the public sphere.

Professor Adam Dinham is Professor of Faith & Public Policy and Director, Faiths & Civil Society Unit, Goldsmiths, University of London. His work focuses on religion through faith-based social action, faith-related social policy, and professional practice with religiously diverse publics. Adam convenes the leading policy-practice-research network on faith and civil society and is advisor to a number of national and international policy bodies. He is director of the Religious Literacy Leadership Programme, Professor of Religious Literacy at VID University, Oslo, Chair of the British Sociological Association Sociology of Religion Study Group (BSA Socrel), and Fellow of the Westminster Abbey Institute for Faith and Public Life. Matthew Francis is a Research Associate at Lancaster University. He is also the founding editor of RadicalisationResearch.org and has researched and written about religion and violence for the British Home Office and in the media.