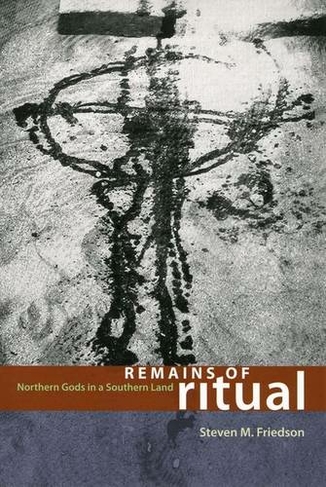 Remains of Ritual Northern Gods in a Southern Land

"Remains of Ritual", Steven M. Friedson's second book on the critical role of music in African ritual, focuses on the Brekete/Gorovodu religion of the Ewe people. Friedson analyzes their practices through a historical and ethnographic study of one of the dominant ritual sites on the southern coast of Ghana: a medicine shrine whose origins lie in the northern region of the country. In each chapter of this fascinating book, Friedson considers a different facet of the Ewe's religious practices, demonstrating throughout that none of them can be conceived of separately from their musicality - in the Brekete world music functions as ritual, and ritual as music. Dance and possession, chanted calls to prayer, animal sacrifice, the sounds and movements of wake keeping, and the play of the drums all come under Friedson's careful scrutiny, and he ends with a thoughtful reflection on his own position and experiences within this ritual-dominated society.Bridging the disciplinary divide between ethnomusicology and anthropology, "Remains of Ritual" will be warmly welcomed by scholars from both camps as well as anyone interested in African culture, music, or religion. 2 colour plates, 25 halftones, 3 line drawings, 23 musical examples

Steven M. Friedson is professor of music and anthropology at the University of North Texas and the author of Dancing Prophets: Musical Experience in Tumbuka Healing, also published by the University of Chicago Press.