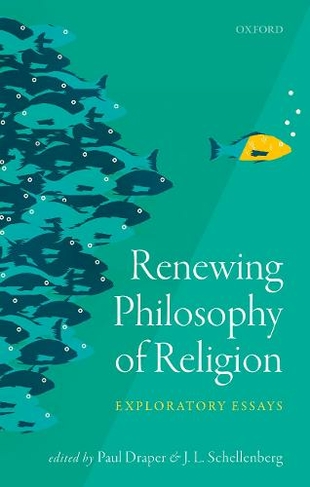 Also available on eBook for £40.43. Click here to purchase from Rakuten Kobo

This book is animated by a shared conviction that philosophy of religion needs to change: thirteen new essays suggest why and how. The first part of the volume explores possible changes to the focus of the field. The second part focuses on the standpoint from which philosophers of religion should approach their field. In the first part are chapters on how an emphasis on faith distorts attempts to engage non-western religious ideas; on how philosophers from different traditions might collaborate on common interests; on why the common presupposition of ultimacy leads to error; on how new religious movements feed a naturalistic philosophy of religion; on why a focus on belief and a focus on practice are both mistaken; on why philosophy's deep axiological concern should set much of the field's agenda; and on how the field might contribute to religious evolution. The second part includes a qualitative analysis of the standpoint of fifty-one philosophers of religion, and also addresses issues about humility needed in continental philosophy of religion; about the implausibility of claiming that one's own worldview is uniquely rational; about the Moorean approach to religious epistemology; about a Spinozan middle way between 'insider' and 'outsider' perspectives; and about the unorthodox lessons we could learn from scriptures like the book of Job if we could get past the confessional turn in recent philosophy of religion.The goal of the volume is to identify new paths for philosophers of religion that are distinct from those travelled by theologians and other scholars of religion.

Paul Draper is Professor of Philosophy at Purdue University, where he has taught since the fall of 2006. Prior to that, he taught for 19 years at Florida International University in Miami. He has also had three fellowships at the Center for Philosophy of Religion at the University of Notre Dame, including the Alvin Plantinga Fellowship in 2010-2011. Most of his published work is on the problem of evil and other topics in the philosophy of religion. J. L. Schellenberg is Professor of Philosophy at Mount Saint Vincent University and Adjunct Professor in the Faculty of Graduate Studies at Dalhousie University. He is the author of Divine Hiddenness and Human Reason and of a trilogy on the philosophy of religion: Prolegomena to a Philosophy of Religion, The Wisdom to Doubt: A Justification of Religious Skepticism, and The Will to Imagine: A Justification of Skeptical Religion. The ideas of the trilogy, and his earlier work on hiddenness, aremade generally accessible in two recent short works from Oxford: Evolutionary Religion and The Hiddenness Argument: Philosophy's New Challenge to Belief in God.