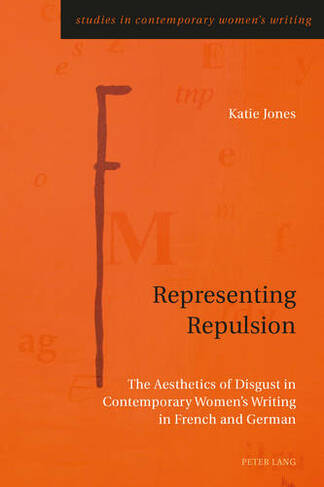 Disgust is a strong, immediate visceral reaction. While it may feel like a purely instinctive response, the cultural meanings ascribed to particular objects, bodies or behaviours play a significant role in determining whether or not they are experienced as disgusting. This interplay between bodies and ideas makes disgust a powerful source of metaphor in narrative fiction. For women's writing, disgust is particularly problematic due to a misogynistic tradition in which the female body has often been coded as disgusting. This book offers a comparative study of recently published texts by eight female authors writing in French and German - Marie Darrieussecq, Amelie Nothomb, Lorette Nobecourt, Alina Reyes, Sibylle Berg, Jenny Erpenbeck, Monika Maron and Charlotte Roche - in terms of an aesthetics of disgust and asks to what extent disgust can be seen as a useful tool for feminist criticism. Since the late 1990s there have been increasing levels of academic interest in disgust in various disciplines, ranging from clinical psychology to aesthetics and moral philosophy. As one of the first full-length studies to consider literary uses of disgust, this book both contributes to the emerging field of disgust theory and offers a new contribution to the study of women's writing.