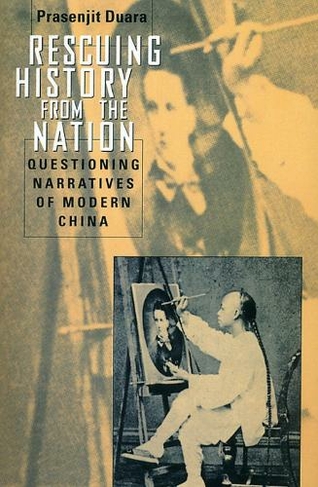 This study offers a systematic account of the relationship between the nation-state, nationalism, and the concept of linear history. Focusing primarily on China and including a discussion of India, Duara argues that many historians of postcolonial nation-states have adopted the linear, evolutionary history of the Enlightenment/colonial model. As a result, they have written repressive, exclusionary, and incomplete accounts. The backlash against such histories has resulted in a tendency to view the past as largely constructed, imagined, or invented. In this book, Duara offers a way out of the impasse between constructionism and the evolving nation; he redefines history as a series of multiple, often conflicting narratives produced simultaneously at national, local, and transnational levels. In a series of closely linked case studies, he considers such examples as the very different histories produced by Chinese nationalist reformers and partisans of popular religions, the conflicting narratives of statist nationalists and of advocates of federalism in early twentieth-century China. Duara seeks to demonstrate the necessity of incorporating contestation, appropriation, repression, and the return of the repressed subject into any account of the past that will be meaningful to the present. references, index

Prasenjit Duara is chair of the department of history at the University of chicago. He is the author of Culture, Power, and the State: Rural North China, 1900-1942 and Sovereignty and Authentcity: Manchukuo and the East Asian Modern.