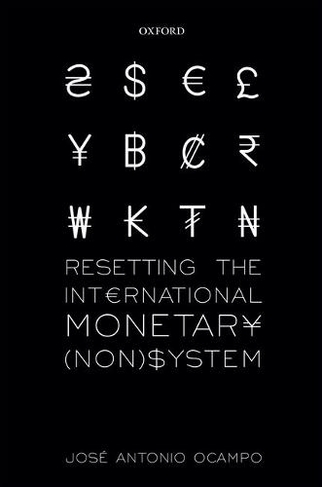 This is an open access title available under the terms of a CC BY-NC-SA 3.0 IGO licence. It is free to read at Oxford Scholarship Online and offered as a free PDF download from OUP and selected open access locations. International financial crises have plagued the world in recent decades, including the Latin American debt crisis of the 1980s, the East Asian crisis of the late twentieth century, and the global financial crisis of 2007-09. One of the basic problems faced during these crises is the lack of adequate preventive mechanisms, as well as insufficient instruments to finance countries in crisis and to overcome their over-indebtedness. Resetting the International Monetary (Non)System provides an analysis of the global monetary system and the necessary reforms that it should undergo to play an active role in the twenty-first century and proposes a comprehensive yet evolutionary reform of the system. Criticising the ad hoc framework- a "(non)system"- that has evolved following the breakdown of the Bretton Woods arrangement in the early 1970's, Resetting the International Monetary (Non)System places a special focus on the asymmetries that emerging and developing countries face, analysing the controversial management of crises by the International Monetary Fund and proposing a consistent set of reform proposals to design a better system of international monetary cooperation. Policy orientated and structured to deal in a sequential way with the issues involved, it suggests provision of international liquidity through a system that mixes the multicurrency arrangement with a more active use of the IMF's Special Drawing Rights; stronger mechanisms of macroeconomic policy cooperation, including greater cooperation in exchange rate management and freedom to manage capital flows; additional automatic balance-of-payments financing facilities and the complementary use of swap and regional arrangements; a multilateral sovereign debt workout mechanism; and major reforms of the system's governance.

Jose Antonio Ocampo is a Professor at Columbia University and Chair of the Committee for Development Policy of the UN Economic and Social Council (ECOSOC). He has previously held positions as the UN Under-Secretary-General for Economic and Social Affairs, Executive Secretary of the UN Economic Commission for Latin America and the Caribbean (ECLAC), and Minister of Finance, Minister of Agriculture, and Director of the National Planning Office of Colombia. He hasbeen awarded the 2012 Jaume Vicens Vives award of the Spanish Association of Economic History for the best book on Spanish or Latin American economic history, the 2008 Leontief Prize for Advancing the Frontiers of Economic Thought, and the 1988 Alejandro Angel Escobar National Science Award ofColombia.