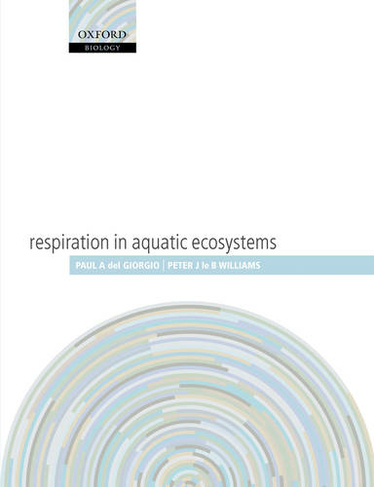 Respiration represents the major area of ignorance in our understanding of the global carbon cycle. In spite of its obvious ecological and biogeochemical importance, most oceanographic and limnological textbooks invariably deal with respiration only superficially and as an extension of production and other processes. The objective of this book is to fill this gap and to provide the first comprehensive review of respiration in the major aquatic systems of the biosphere. The introductory chapters review the general importance of respiration in aquatic systems, and deal with respiration within four key biological components of aquatic systems: bacteria, algae, heterotrophic protists, and zooplankton. The aim of this first part is to provide the backbone for the analysis and interpretation of ecosystem-level respiration in a variety of aquatic environments. The central chapters of the book review respiration in major aquatic ecosystems including freshwater wetlands, lakes and rivers, estuaries, coastal and open ocean and pelagic ecosystems, as well as respiration in suboxic environments. For each major ecosystem, the corresponding chapter provides a synthesis of methods used to assess respiration, outlines the existing information and data on respiration, discusses its regulation and link to biotic and abiotic factors, and finally provides regional and global estimates of the magnitude of respiration. The final chapter provides a general synthesis of the information and data provided in the different sections, and further attempts to place aquatic respiration within the context of the global carbon budget. numerous figures & tables

Dr Paul del Giorgio is an Associate Professor in the Department of Biological Sciences at the University of Quebec, Montreal, Canada.Professor Peter J. LeB. Williams BSc PhD DSc (Birm) is Professor of Marine Biogeochemistry at the University of Wales, Bangor, UK. His research spans the fields of marine chemistry, biogeochemistry and microbiology. His particular interests are the quantification of respiration in the marine plankton, its distribution within the various planktonic groups, the links with photosynthesis and the control of respiration rates.