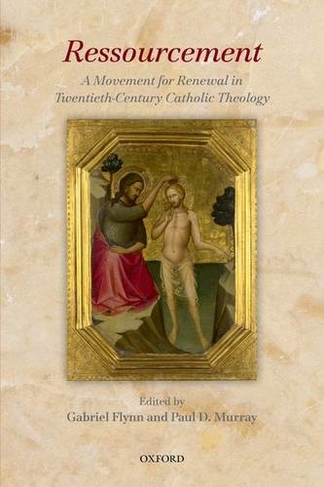 Ressourcement: A Movement for Renewal in Twentieth-Century Catholic Theology

Ressourcement: A Movement for Renewal in Twentieth-Century Catholic Theology provides both a historical and a theological analysis of the achievements of the renowned generation of theologians whose influence pervaded French theology and society in the period 1930 to 1960, and beyond. It considers how the principal exponents of ressourcement, leading Dominicans and Jesuits of the faculties of Le Saulchoir (Paris) and Lyon-Fourviere, inspired a renaissance in twentieth-century Catholic theology and initiated a movement for renewal that contributed to the reforms of the Second Vatican Council. The book assesses the origins and historical development of the biblical, liturgical, and patristic ressourcement in France, Germany, and Belgium, and offers fresh insights into the thought of the movement's leading scholars. It analyses the fierce controversies that erupted within the Jesuit and Dominican orders and between leading ressourcement theologians and the Vatican. The volume also contributes to the elucidation of the complex question of terminology, the interpretation of which still engenders controversy in discussions of ressourcement and nouvelle theologie. It concludes with reflections on how the most important movement in twentieth-century Roman Catholic theology continues to impact on contemporary society and on Catholic and Protestant theological enquiry in the new millennium.