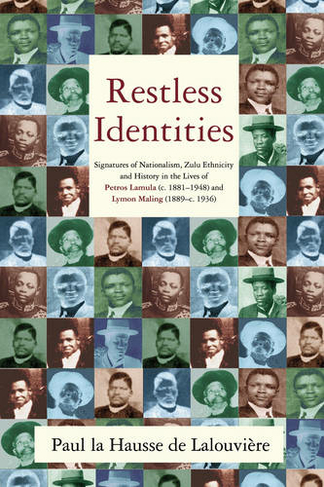 This book seeks to retrieve the lives of two extraordinary individuals who have disappeared from the story of African nationalism in South Africa. Petros Lamula and Lymon Maling were profoundly influential political figures in Natal and Zululand between 1910 and 1940. Lamula was a fiery cooperative movement ideologue, pioneering Zulu historian, architect of the first Inkatha organisation, leader of the radical African National Congress in Natal and, finally, a separatist church leader. Maling was a former mine clerk who founded an ambitious Zulu political organisation, the Abaqulusi Land Union, and went on to become a controversial popular historian, chiefly representative and royal agent. In Restless Identities the prism of biography is used to capture the complex social identities of its subjects without reducing them to ciphers of larger historical processes. It draws us directly into the little-understood world of Zulu cultural nationalism and suggests the contested process of re-imagining the Zulu nation. Lamula and Maling's hitherto lost biographies dramatise the limits of our understanding of those intellectually heterodox, socially marginal and culturally innovative individuals whose imagination and opportunism were so vital to the history of African nationalism in South Africa, but whose stories have yet to be told. illustrations