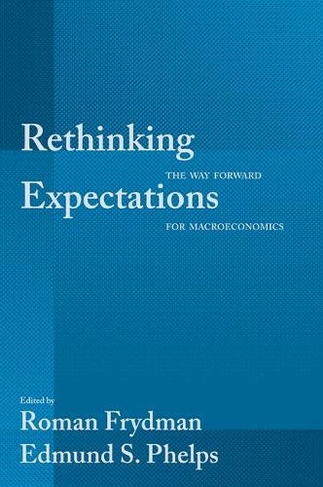 This book originated from a 2010 conference marking the fortieth anniversary of the publication of the landmark "Phelps volume," Microeconomic Foundations of Employment and Inflation Theory, a book that is often credited with pioneering the currently dominant approach to macroeconomic analysis. However, in their provocative introductory essay, Roman Frydman and Edmund Phelps argue that the vast majority of macroeconomic and finance models developed over the last four decades derailed, rather than built on, the Phelps volume's "microfoundations" approach. Whereas the contributors to the 1970 volume recognized the fundamental importance of according market participants' expectations an autonomous role, contemporary models rely on the rational expectations hypothesis (REH), which rules out such a role by design. The financial crisis that began in 2007, preceded by a spectacular boom and bust in asset prices that REH models implied could never happen, has spurred a quest for fresh approaches to macroeconomic analysis. While the alternatives to REH presented in Rethinking Expectations differ from the approach taken in the original Phelps volume, they are notable for returning to its major theme: understanding aggregate outcomes requires according expectations an autonomous role. In the introductory essay, Frydman and Phelps interpret the various efforts to reconstruct the field--some of which promise to chart its direction for decades to come. The contributors include Philippe Aghion, Sheila Dow, George W. Evans, Roger E. A. Farmer, Roman Frydman, Michael D. Goldberg, Roger Guesnerie, Seppo Honkapohja, Katarina Juselius, Enisse Kharroubi, Blake LeBaron, Edmund S. Phelps, John B. Taylor, Michael Woodford, and Gylfi Zoega. 48 line illus. 18 tables.

Roman Frydman is professor of economics at New York University and the coauthor (with Michael D. Goldberg) of Beyond Mechanical Markets and Imperfect Knowledge Economics. Edmund S. Phelps, the winner of the 2006 Nobel Prize in Economics, is director of Columbia University's Center on Capitalism and Society. His many books include Structural Slumps and Seven Schools of Macroeconomic Thought.