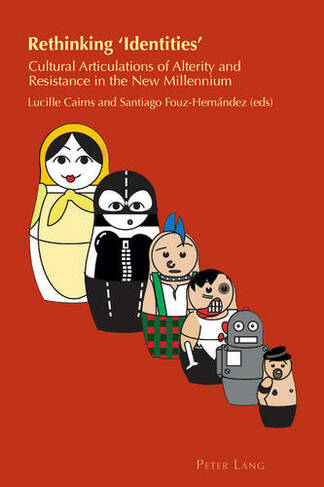 This volume sets out to re-imagine the theoretical and epistemological presuppositions of existing scholarship on identities. Despite a well-established body of scholarly texts that examine the concept from a wide range of perspectives, there is a surprising dearth of work on multiple, heterogeneous forms of identity. Numerous studies of ethnic, linguistic, regional and religious identities have appeared, but largely in isolation from one another. Rethinking `Identities' is a multi-authored project that is original in providing - in distributed and granular mode - a hyper-contemporary and wide-ranging applied analysis that questions notions of identity based on nation and region, language, ethnicity, gender, sexuality, religion or even `the human'. The volume achieves this by mobilizing various contexts of identity (gender, ethnicity, sexuality, nation) and medium (art, cinema, literature, music, theatre, video). Emphasizing the extreme contemporary (the twenty-first century) and the challenges posed by an increasingly global society, this collection of essays builds upon existing intellectual investigations of identity with the aim of offering a fresh perspective that transcends cognitive and geographical frontiers.

Lucille Cairns is Professor of French at Durham University. She is the author of numerous articles both on French women's writing and on male and female homosexuality in French literature and film, and of five monographs, most recently Post-War Jewish Women's Writing in French (2011). She was also editor of Gay and Lesbian Cultures in France (2002). In 2009, she was made a Chevalier dans l'Ordre des Palmes Academiques by the French government. Santiago Fouz-Hernandez is Senior Lecturer in Hispanic Studies at Durham University. He is the author of the monograph Cuerpos de cine. Masculinidades carnales en el cine y la cultura popular contemporaneos (2013), co-author of Live Flesh: The Male Body in Contemporary Spanish Cinema (2007) and editor of Mysterious Skin: Male Bodies in Contemporary Cinema (2009). He is also the reviews editor of the journal Studies in Spanish and Latin American Cinemas. His current research focuses on Spanish erotic cinema.