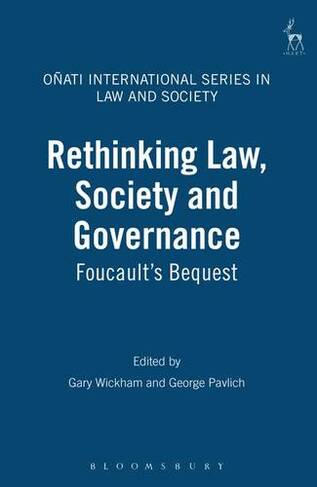 This set of essays engages with some aspects of Foucault's notion of governmentality,particularly at the junction where law/regulation meets 'the social'. 'The social', as a special sphere of government, is a special area of concern for those working within broad intellectual spaces of the 'governmentality approach'. Is it the basis of modern liberal systems of government? Is it dead, or even feeling unwell? Has it spawned hybrid forms of government like neo-liberalism, neo-conservatism, or even neo-socialism? In making their presence felt in the debates that have flourished around such questions, especially by highlighting the subtleties of the roles played by law and regulation in the governance of the social, the authors of the essays - David Brown; Jo Goodie; Russell Hogg and Kerry Carrington; Jeff Malpas; Pat O'Malley; George Pavlich; Annette Pedersen; Kevin Stenson; William Walters - range widely. There are pieces on liberal government and resistance to it, some on particular targets of this government, like unemployment, crime, 'law and order', even Australian geography, environment and cultural products, and some that delve into philosophical/methodological issues. 1, black & white illustrations