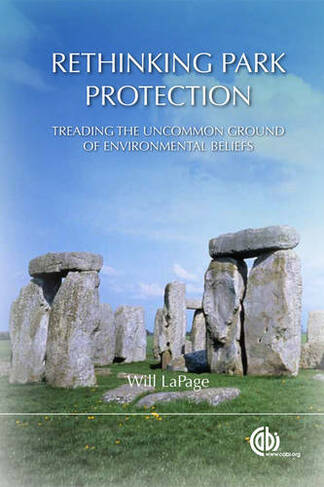 In today's society, hidden beliefs can subtly guide the management of parks, such as treating them as natural resources rather than national assets. Resulting management practices often lead to deferred maintenance on park infrastructure, causing inadequate protection from vandalism, poaching, and theft of artefacts. A sad demise, often due to an out-dated belief that parks are non-essential leisure services rather than necessities for a vibrant modern life. This book challenges the reader to examine the core beliefs that created our public parklands, comparing them with the beliefs that guide contemporary park stewardship in an effort to improve the management of parks and reassess their purpose in modern life.

has written several collections of poetry about parks and, most recently, a novel, The Cliff Dwellers. Selected as poet in residence at three national parks, Will has also received the Theodore and Franklin Roosevelt Award for Excellence in Park Science, and the Hartzog/Cox award for sustained park leadership. Author of Parks for Life, and numerous articles about park policy, Dr. LaPage has served as director of New Hampshire state parks, as a member of President Reagan's Commission on Americans Outdoors, and has been an international parks consultant in South Africa, and with the US State Department and USAID on national park issues in Eastern Europe, Central America, and the Caribbean.