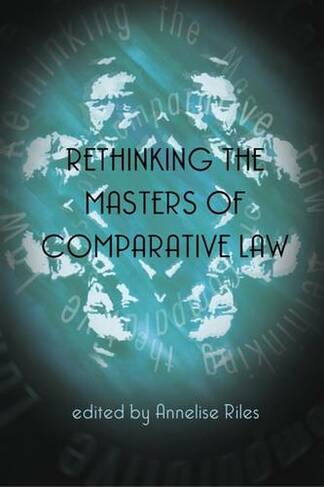 Rethinking the Masters of Comparative Law

Comparative Law is experiencing something of a renaissance,as legal scholars and practitioners traditionally outside the discipline find it newly relevant in projects such as constitution and code drafting, the harmonization of laws, court decisions, or as a tool for understanding the globalization of legal institutions. On the other hand, comparativists within the discipline find themselves asking questions about the identity of comparative law, what it is that makes comparative law unique as a discipline, what is the way forward. This book, designed with courses in comparative law as well as scholarly projects in mind, brings a new generation of comparativists together to reflect on the character of their discipline. It aims to incite curiosity and debate about contemporary issues within comparative law by bringing the discipline into conversation with debates in anthropology, literary and cultural studies, and critical theory. The book addresses questions such as what is the disciplinary identity of comparative law; how should we understand its relationship to colonialism, modernism, the Cold War, and other wider events that have shaped its history; what is its relationship to other projects of comparison in the arts, social sciences and humanities; and how has comparative law contributed at different times and in different parts of the world to projects of legal reform. Each of the essays frames its intervention around a close reading of the life and work of one formative character in the history of the discipline. Taken as a whole, the book offers a fresh and sophisticated picture of the discipline and its future. Contents: Montesquieu: the specter of despotism and the origins of comparative law (Robert Launay); Max Weber and the uncertainties of categorical comparative law (Ahmed White); Rethinking Hermann Kantorowicz: Free law, American legal realism and the legacy of anti-formalism (Vivian Grosswald Curran); Encountering amateurism: John Henry Wigmore and the uses of American formalism (Annelise Riles); Nobushige Hozumi: A skillful transplanter of western legal thought into Japanese soil (Hitoshi Aoki); Sanhuri, comparative law and Islamic legal reform, or why cultural authenticity is impossible (Amr Shalakany); Sculpting the agenda of comparative law: Ernst Rabel and the facade of language (David J. Gerber); Rene David: At the head of the family (Jorge L. Esquirol); Postmodern-Structural Comparative Jurisprudence? The aggregate impact of R. B. Schlesinger and R. Sacco to the understanding of the legal order (Ugo Mattei). black & white illustrations

Annelise Riles is a Professor of Law at Cornell Law School.