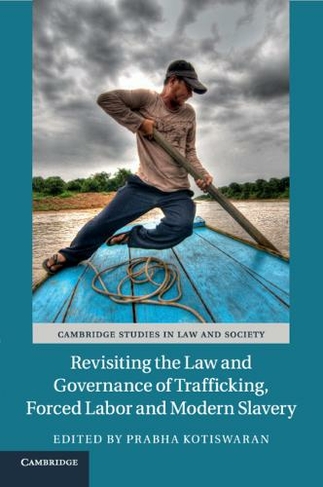 Revisiting the Law and Governance of Trafficking, Forced Labor and Modern Slavery: (Cambridge Studies in Law and Society)

In the decades following the globalization of the world economy, trafficking, forced labor and modern slavery have emerged as significant global problems. States negotiated the Palermo Protocol in 2000 under which they agreed to criminalize trafficking, primarily understood as an issue of serious organized crime. Sixteen years later, leading academics, activists and policy makers from international organizations come together in this edited volume and adopt an inter-disciplinary, multi-stakeholder approach to revisit trafficking through the lens of labor migration and extreme exploitation and, in the process, rethink the law and governance of trafficking. This volume considers many key factors, including the evolving international law on trafficking, the relationship between trafficking, slavery, indenture and domestic migration law and policy as well as newly emergent techniques of governance, including indicators, all with a view to furthering prospects for lasting economic justice in a globalized world.

Prabha Kotiswaran is Reader in Law and Social Justice at the Dickson Poon School of Law, King's College London. In 2014, she was awarded the Leverhulme Prize for Law. She co-edits the Open Democracy blog 'Beyond Trafficking and Slavery' and is on the advisory board of the Department for International Development-International Labour Organization (DFID-ILO) project Work in Freedom (2013-18) on the prevention of the trafficking of women in South Asia. Her main areas of research include criminal law, transnational criminal law, sociology of law, postcolonial theory and feminist legal theory.