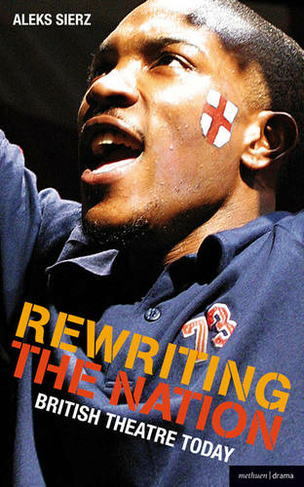 This is an essential guide for anyone interested in the best new British stage plays to emerge in the new millennium. For students of theatre studies and theatre-goers Rewriting the Nation: British Theatre Today is a perfect companion to Britain's burgeoning theatre writing scene. It explores the context from which new plays have emerged and charts the way that playwrights have responded to the key concerns of the decade and helped shape our sense of who we are. In recent years British theatre has seen a renaissance in playwriting accompanied by a proliferation of writing awards and new writing groups. The book provides an in-depth exploration of the industry and of the key plays and playwrights. It opens by defining what is meant by 'new writing' and providing a study of the leading theatres, such as the Royal Court, the Traverse, the Bush, the Hampstead and the National theatres, together with the London fringe and the work of touring companies. In the second part, Sierz provides a fascinating survey of the main issues that have characterised new plays in the first decade of the new century, such as foreign policy and war overseas, economic boom and bust, divided communities and questions of identity and race. It considers too how playwrights have re-examined domestic issues of family, of love, of growing up, and the fantasies and nightmares of the mind. Against the backdrop of economic, political and social change under New Labour, Sierz shows how British theatre responded to these changes and in doing so has been and remains deeply involved in the project of rewriting the nation.

Dr Aleks Sierz is the theatre critic of Tribune and a freelance theatre reviewer. He is a Reader in Drama at Rose Bruford College and author of The Theatre of Martin Crimp and seminal study of British playwriting of the 1990s, In Yer Face Theatre.