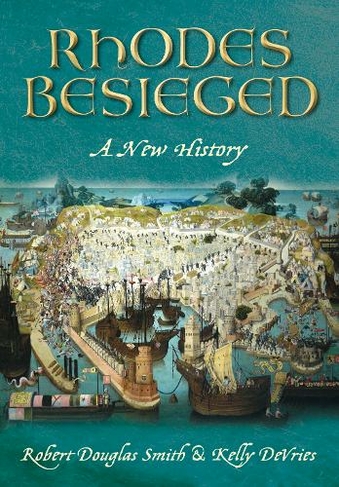 In 1480 the Ottoman Turkish army and artillery that had defeated the Byzantine Empire arrived on Rhodes to attack the walled headquarters of the Crusading military order, the Knights Hospitaller. After a siege of three months during which time the Turks bombarded the walls daily with gunpowder weapons they withdrew, defeated. In 1522 they returned and, after a six-month siege, captured Rhodes but were unable to defeat the Hospitallers who were allowed to leave with their lives, arms and religious emblems. This book uniquely uses the eyewitness accounts, surviving guns and extant walls to tell the story of these two sieges, and the efforts made by the Hospitallers to adapt their fortifications and artillery to defy the most powerful military power in the world. In doing so it rewrites the history of fortifications and gunpowder artillery during the Renaissance.

Kelly Devries holds a PhD in Medieval Studies from the University of Toronto and is a professor of history at Loyola University Maryland. He is the author of Joan of Arc: A Military Leader. Robert Douglas Smith is a museum consultant.