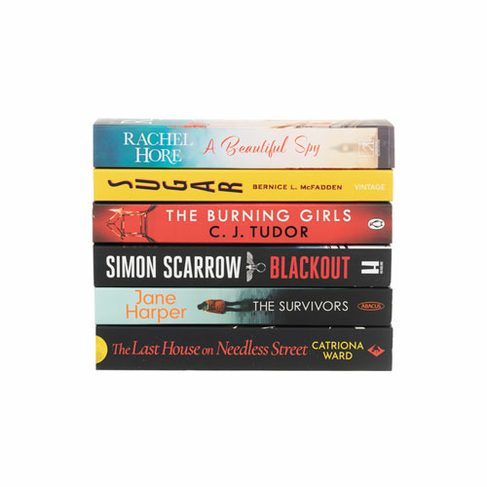 Richard & Judy have chosen six wonderful new books for the new Autumn selection of the Richard & Judy Book Club. Join in at home with all six books in one best-value bundle.

The six books in this season's book club include a spine-chilling horror story about a seemingly ordinary house, a stolen child, revenge and death, a murder investigation during the blackout in Nazi Germany, and a story of buried secrets, lies, guilt, injustice, and regrets of the past!

Order this season's bundle to receive: