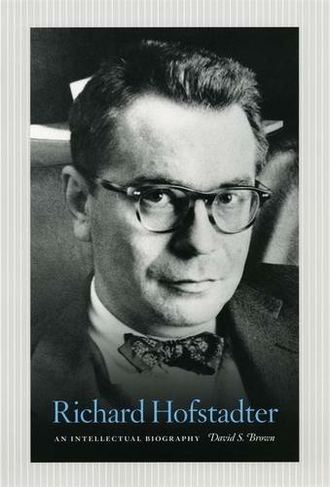 Richard Hofstadter (1916 - 70) was America's most distinguished historian of the twentieth century. The author of several groundbreaking books, including "The American Political Tradition", he was a vigorous champion of the liberal politics that emerged from the New Deal. During his nearly thirty-year career, Hofstadter fought public campaigns against liberalism's most dynamic opponents, from McCarthy in the 1950s to Barry Goldwater and the Sun Belt conservatives in the 1960s. His opposition to the extreme politics of postwar America - articulated in his books, essays, and public lectures - marked him as one of the nation's most important and prolific public intellectuals. In this masterful biography, David Brown explores Hofstadter's life within the context of the rise and fall of American liberalism. A fierce advocate of academic freedom, racial justice, and political pluralism, Hofstadter charted in his works the changing nature of American society from a provincial Protestant foundation to one based on the values of an urban and multiethnic nation. According to Brown, Hofstadter presciently saw in rural America's hostility to this cosmopolitanism signs of an anti-intellectualism that he believed was dangerously endemic in a mass democracy. By the end of a life cut short by leukemia, Hofstadter had won two Pulitzer Prizes, and his books had attracted international attention. Yet the Vietnam years, as Brown shows, culminated in a conservative reaction to his work that is still with us. Whether one agrees with Hofstadter's critics or with the noted historian John Higham, who insisted that Hofstadter was "the finest and also the most humane intelligence of our generation," the importance of this seminal thinker cannot be denied. As this fascinating biography ultimately shows, Hofstadter's observations on the struggle between conservative and liberal America are relevant to our own times, and his legacy challenges us to this day. 4 halftones