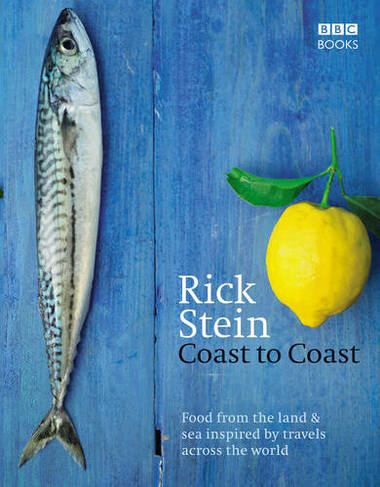 Rick Stein's passion for fresh, well-sourced food has taken him from continent to continent, across magnificent shorelines and to the very best produce the coast has to offer. From Fresh grilled cod with shellfish in garlic butter at the tip of St Ives, to Cured red duck breasts with melon, soy and pickled ginger in Sydney Harbour, this collection of over 130 recipes evokes all the pleasure and flavour associated with the coast. Chapters are organised by region: healthy salads inspired by the Californian ocean, sumptuous starters fit for French cuisine, modern light lunches such as Japanese sashimi and Moroccan tagines, and main courses using fresh fruit, vegetables, fish, meat, poultry and game from the most fertile coastal regions in the world. There are recipes for classic treats such as Toad-in-the-hole with porcini mushrooms and onion gravy, staple fish masterpieces such as Poached sea trout with sorrel hollandaise, and recipes for tasty favourites from your treasured holiday destinations: Seafood Paella, Goan Curry, Welsh Cawl and Clam Chowder. All this, plus a delicious range of puddings including Hot bread pudding with armagnac sauce, Lemon Possett and Poached pears with mulberries and mascarpone ice cream. With brand-new recipes and a fresh design, Coast to Coast contains Rick Stein's most popular dishes drawn from many years of travelling the culinary globe. Easy to follow and quick to inspire, this cookbook will bring all the flavour of the coast into the comfort of your own home.

Rick Stein's passion for using good quality local produce and his talent for creating delicious flavour combinations in his books and restaurants have won him a host of awards, accolades and fans. As well as presenting a number of television series, he has published many best-selling cookery books, including French Odyssey, Mediterranean Escapes, Far Eastern Odyssey and Spain.Rick is a firm supporter of sustainable farming and fishing techniques, which he strives to maintain in Padstow, Cornwall, where he runs four acclaimed restaurants and a seafood cookery school, as well as a delicatessen and patisserie. In 2003 Rick was awarded an OBE for services to West Country tourism. He divides his time between Padstow and Australia, where he opened a restaurant, Rick Stein at Bannister's, in 2009.