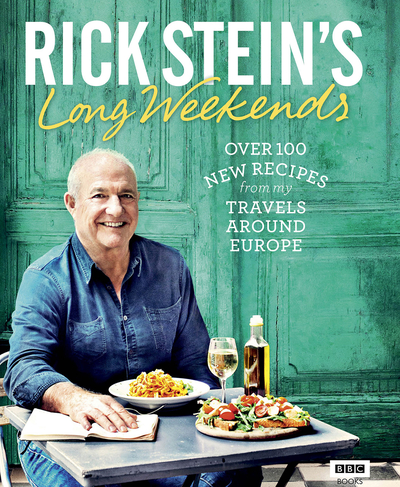 By Rick Stein
Hardback
https://www.whsmith.co.uk/products/rick-steins-long-weekends/9781785943089-03-000.html £8.00 was £25.00 Save £17.00 (68%)
GBP
Availability
In Stock
Free Delivery Available When You Spend £25 Or More
Details
Spend £25 on eligible products to receive free standard delivery to home or free next working day click and collect to store
Share

Rick Stein's Long Weekends is a mouthwatering collection of over 100 recipes from ten European cities. Rick's recipes are designed to cater for all your weekend meals. For a quick Friday night supper Icelandic breaded lamb chops will do the trick, and Huevos a la Flamenca makes a tasty Saturday brunch. Viennese Tafelspitz is perfect for Sunday lunch, and of course no weekend would be complete without Portuguese custard tarts or Berliner Doughnuts for an afternoon treat. Accompanied by beautiful photography of the food and locations, and complemented by his personal memories and travel tips for each city, Rick will inspire you to re-create the magic of a long weekend in your own home.

Rick Stein's passion for using good-quality local produce and his talent for creating delicious recipes in his books and restaurants have won him a host of awards, accolades and fans. As well as presenting a number of television series, he has published many best-selling cookery books, including French Odyssey, Coast to Coast, Far Eastern Odyssey, Rick Stein's Long Weekends and Rick Stein's India.Rick has always believed in showcasing local seafood and farm produce in his four restaurants in Padstow, Cornwall, where he also has a cookery school, food shops and a pub in the nearby village of St Merryn. In 2018 Rick was awarded an CBE for services to the economy. He divides his time between Padstow, London and Australia, where he also has two seafood restaurants by the sea in Mollymook, and Port Stephens NSW.