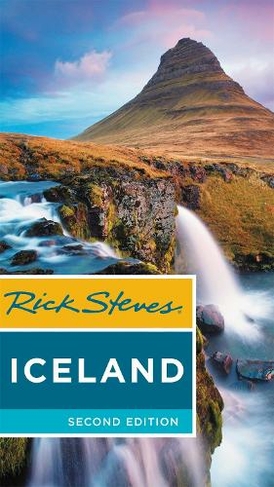 Hike vast glaciers, marvel at steaming volcanic lakes, and explore the land of the midnight sun: with Rick Steves, Iceland is yours to explore! Inside Rick Steves Iceland you'll find:Comprehensive itineraries that can be adapted for 24-hour layovers, 5-day visits, 2-week trips, and more, including the best road trips in Iceland from the Ring Road to the Golden CircleRick's strategic advice on how to get the most out of your time and money, with rankings of his must-see favoritesTop sights and hidden gems, from the stunning northern lights to hidden hikes and cozy bookstoresHow to connect with local culture: Soak in hidden hot springs, sample smoked fish, and chat with locals in moody and welcoming rural townsBeat the crowds, skip the lines, and avoid tourist traps with Rick's candid, humorous insightThe best places to eat, sleep, and relax Self-guided walking tours of lively Reykjav?k and art and history museums and mile-by-mile scenic driving toursDetailed maps for exploring on the goUseful resources including a packing list, an Icelandic phrase book, a historical overview, and recommended readingOver 500 bible-thin pages include everything worth seeing without weighing you downComplete, up-to-date information on Reykjav?k, the Reykjanes Peninsula, the Golden Circle, the South Coast, the Westman Islands, West Iceland, The Ring Road, the East Fjords, and moreMake the most of every day and every dollar with Rick Steves Iceland.Expanding your trip? Try Rick Steves Scandinavia or Rick Steves Northern European Cruise Ports.

Born in Denver and raised in central Ohio, Cameron Hewitt settled in Seattle in 2000. Ever since, he has spent three months each year in Europe, contributing to guidebooks, tours, radio and television shows, and other media for Rick Steves' Europe, where he serves as content manager. Cameron married his high school sweetheart (and favorite travel partner), Shawna, and enjoys taking pictures, trying new restaurants, and planning his next trip. Since 1973, Rick Steves has spent about four months a year exploring Europe. His mission: to empower Americans to have European trips that are fun, affordable, and culturally broadening. Rick produces a best-selling guidebook series, a public television series, and a public radio show, and organizes small-group tours that take over 30,000 travelers to Europe annually. He does all of this with the help of more than 100 well-traveled staff members at Rick Steves' Europe in Edmonds, WA (near Seattle). When not on the road, Rick is active in his church and with advocacy groups focused on economic and social justice, drug policy reform, and ending hunger. To recharge, Rick plays piano, relaxes at his family cabin in the Cascade Mountains, and spends time with his son Andy and daughter Jackie. Find out more about Rick at www.ricksteves.com and on Facebook.Connect with Rick:facebook.com/RickStevestwitter: @RickStevesinstagram: ricksteveseurope