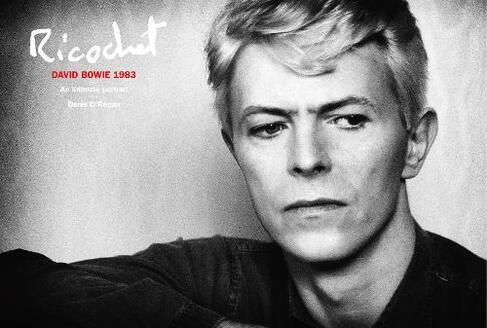 A breathtaking, never-before-seen glimpse into life on tour with David Bowie, by the late singer's official tour photographer In 1983 David Bowie set out on the Serious Moonlight Tour, his biggest ever. On the road with him was his official photographer, Denis O'Regan. Few artists and photographers have had such a close touring relationship. This book is the result: a never-before-seen photographic portrait of a year with Bowie, from the theatre of performance to his most unguarded moments. Introduced by O'Regan and with every single image personally approved by Bowie, this is an intimate view of an icon at the height of his fame.

Denis O'Regan has toured the world as official photographer to David Bowie, Queen, the Rolling Stones, Pink Floyd and Duran Duran. He was the official photographer at Live Aid, and continued that tradition as official photographer at the Concert For Diana, MTV European Music Awards, and most recently Download, Coachella and Glastonbury festivals. In an eventful career - and purely in the line of duty - Denis has enjoyed dinner for two in Japan with Joni Mitchell, picknicked with David Bowie in Australia, partied with Prince in a park in Minnesota, and argued with Bob Marley in his native Jamaica. (They made up.) He was known as 'Doris' by Freddie Mercury, 'Reg' by Duran Duran, 'Scoop' by Bob Geldof and, on one occasion, 'Yob' by Keith Richards.