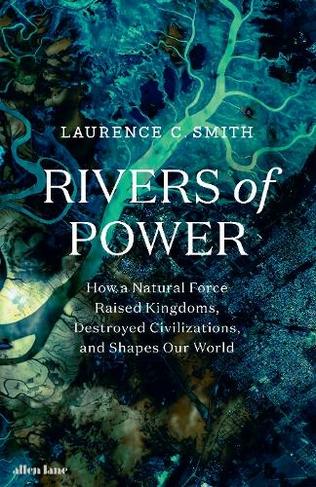 Rivers of Power: How a Natural Force Raised Kingdoms, Destroyed Civilizations, and Shapes Our World

'As fascinating as it is beautifully written' JARED DIAMOND, Pulitzer Prize-winning author of Guns, Germs and Steel Rivers, more than any road, technology or political event, have shaped the course of civilization. Rivers have opened frontiers, defined borders, supported trade, generated energy and fed billions. Most of our greatest cities stand on river banks or deltas, and our quest for mastery has spurred staggering advances in engineering, science and law. Rivers and their topographic divides have shaped the territories of nations and the migration of peoples, and yet - as their resources become ever more precious - can foster cooperation even among enemy states. And though they become increasingly domesticated, they remain a formidable global force: these vast arterial powers promote life but are capable of destroying everything in their path. From ancient Egypt to our growing contemporary metropolises, Rivers of Power reveals why rivers matter so profoundly to human civilization, and how they continue to be indispensable to our societies and wellbeing. 'Takes readers on a tour of the world's great rivers - past, present and future. The result is fascinating, eye-opening, sometimes alarming, and ultimately inspiring' Elizabeth Kolbert, Pulitzer Prize-winning author of The Sixth Extinction 'A tour de force ... From Herodotus musing on the Nile to the dam makers of modern China, this is their story' Fred Pearce, author of When the Rivers Run Dry 'Instructive and entertaining' The Times

Laurence C. Smith is the John Atwater and Diana Nelson University Professor of Environmental Studies and Professor of Earth, Environmental and Planetary Sciences at Brown University. Previously, he was Professor and Chair of Geography at UCLA. His research interests include the Arctic, water resources and satellite remote sensing technologies. He has published extensively in journals including Science and Nature, as well as in the Financial Times, New York Times, Wall Street Journal, Economist, Washington Post, Discover and on the BBC. In 2012 his book The World in 2050 won the Walter P. Kistler Book Award and was a Nature Editor's Pick. He has worked on issues from climate change to Arctic development with the National Science Foundation, NASA, the United Nations and the World Economic Forum, where he was an invited speaker.