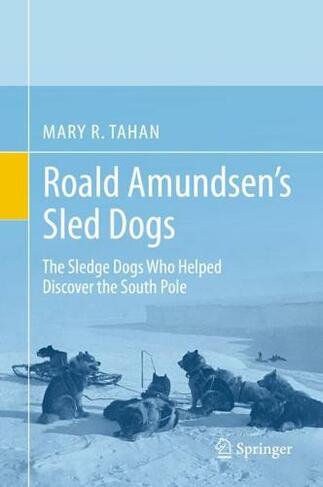 This book is an analytical account of how Roald Amundsen used sledge dogs to discover the South Pole in 1911, and is the first to name and identify all 116 Polar dogs who were part of the Norwegian Antarctic Expedition of 1910-1912. The book traces the dogs from their origins in Greenland to Antarctica and beyond, and presents the author's findings regarding which of the dogs actually reached the South Pole, and which ones returned. Using crewmember diaries, reports, and written correspondence, the book explores the strategy, methodology, and personal insights of the explorer and his crew in employing canines to achieve their goal, as well as documents the controversy and internal dynamics involved in this historic discovery. It breaks ground in presenting the entire story of how the South Pole was truly discovered using animals, and how deep and profound the differences of perception were regarding the use of canines for exploration. This historic tale sheds light on Antarctic exploration history and the human-nature relationship. It gives recognition to the significant role that animals played in this important part of history. 44 Illustrations, color; 48 Illustrations, black and white; XXII, 640 p. 92 illus., 44 illus. in color.

Mary R. Tahan is a writer, producer, and documentarian, with a professional background in journalism and marketing. Internationally renowned for her educational and informational series, she has authored many scholarly articles and historical books, and produced/directed documentary films.Her scholarly articles and lectures/presentations focus on Antarctica and the "heroic age of exploration", and cover many countries, and she has documented individuals and organizations as well as cities and historical events. As part of her research for her series of films and books on Polar exploration, Mary R. Tahan traveled to Antarctica by invitation of the Direccion Nacional del Antartico (Instituto Antartico Argentino), where she performed on-site photography and videography of the Antarctic landscape and historical sites, as well as conducted interviews with scientists and curators. Her research has also taken her to Argentina, Norway, France, Russia, and England, where she has also interviewed Polar historians and descendants of the early explorers of the Arctic and Antarctic.