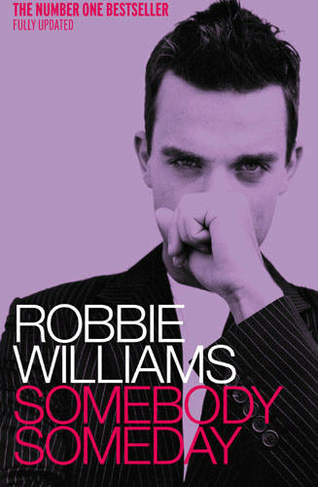 By Mark McCrum (Author), Robbie Williams (Author)
Paperback
https://www.whsmith.co.uk/products/robbie-williams-somebody-someday/mark-mccrum/robbie-williams/paperback/9780091884734-01-000.html £11.95 rrp £12.99 Save £1.04 (8%)
GBP
Availability
Currently unavailable. We don't know when or if this item will be back in stock
Free Saver Delivery on orders over £20
Details
FREE SHIPPING over £20 for Saver Delivery
Share

Once in a while a book is produced that captures the energy and spirit of the world of rock. Somebody Someday was published to massive popular and critical acclaim in September 2001. It shot straight to No 1 in the bestseller lists and proceeded to spend 14 weeks in the top 3. The insight, honesty and humour of the book was unprecedented. The photographic quality and design innovation; no more than this pop icon deserved. In short it was a triumph. For the paperback edition Robert P. Williams and Mark McCrum have delved even further into the phenomenon that is Robbie - covering his million selling 2001 album and looking at changes in his professional, family, social and love lives. Dynamically repackaged in a tempting trade paperback and including new photographs, this is a fitting follow up 2001's most successful hardback - Somebody Someday. 32

Robbie Williams was born in Newcastle upon Lyme in 1974. He joined Take That in 1991 and before he left, the band had had 8 number 1 singles. He has won more Brits than any other artist ever. Mark McCrum has written three travel books and is the author of the bestselling Castaway.