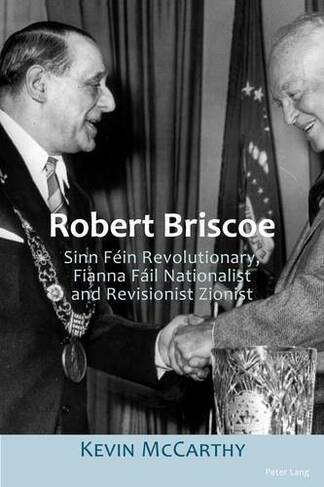 This biography reveals the full significance of Robert Briscoe's influence within the contentious political culture of the early Irish state, as well as reinforcing his importance to the global Zionist rescue effort of the 1930s. Drawing on a wealth of previously unavailable archival material, the book charts Briscoe's evolution from a fringe Sinn Fein activist in 1917 to a member of Michael Collins's personal staff in 1921. It also analyses his agonizing decision to abandon Collins and support the anti-Treaty stance of his close friend and political hero, Eamon de Valera, before becoming a founding member of Fianna Fail in 1926. Most importantly of all, the book investigates Briscoe's evolving Jewish awareness, looking at his involvement in a traumatic immigration endeavour and also at his engagement with Ze'ev Jabotinsky and the New Zionist Organisation, under whose auspices he led political rescue missions to Poland, America and South Africa.

Kevin McCarthy holds a PhD in History from University College Cork. His research interests focus on Irish-Jewish relations in mid-twentieth-century Ireland. He has published a number of articles on the complex political career of Robert Briscoe and on Irish immigration policy in the mid-twentieth century.