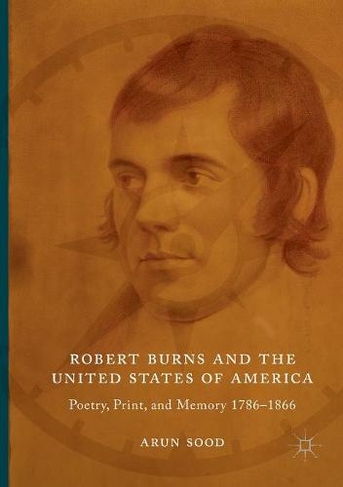 Robert Burns and the United States of America Poetry, Print, and Memory 1786-1866 Softcover reprint of the original 1st ed. 2018

This book provides a critical study of the relationship between Robert Burns and the United States of America, c.1786-1866. Though Burns is commonly referred to as Scotland's "National Poet", his works were frequently reprinted in New York and Philadelphia; his verse mimicked by an emerging canon of American poets; and his songs appropriated by both abolitionists and Confederate soldiers during the Civil War era. Adopting a transnational, Atlantic Studies perspective that shifts emphasis from Burns as national poet to transnational icon, this book charts the reception, dissemination and cultural memory of Burns and his works in the United States up to 1866. 3 Illustrations, black and white; VIII, 275 p. 3 illus.

Arun Sood is Lecturer in English at the University of Plymouth, UK. Previously, he has taught and studied at the universities of Georgetown (US), Glasgow (UK), Amsterdam (NL) and Aberdeen (UK).