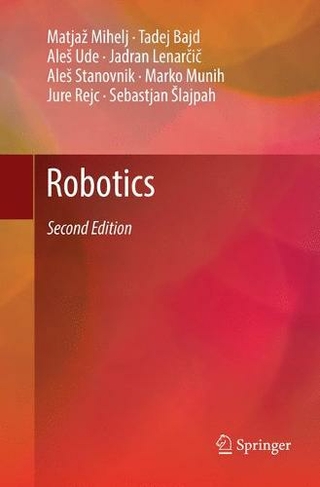 This book introduces readers to robotics, industrial robot mechanisms, and types of robots, e.g. parallel robots, mobile robots and humanoid robots. The book is based on over 20 years of teaching robotics and has been extensively class tested and praised for its simplicity. It addresses the following subjects: a general introduction to robotics; basic characteristics of industrial robot mechanisms; position and movement of an object, which are described by homogenous transformation matrices; a geometric model of robot mechanisms expanded with robot wrist orientation description in this new edition; a brief introduction to the kinematics and dynamics of robots; robot sensors and planning of robot trajectories; fundamentals of robot vision; basic control schemes resulting in either desired end-effector trajectory or force; robot workcells with feeding devices and robot grippers. This second edition has been expanded to include the following new topics: parallel robots; collaborative robots; teaching of robots; mobile robots; and humanoid robots. The book is optimally suited for courses in robotics or industrial robotics and requires a minimal grasp of physics and mathematics. The 1st edition of this book won the Outstanding Academic Title distinction from the library magazine CHOICE in 2011. 175 Illustrations, black and white; IX, 251 p. 175 illus.