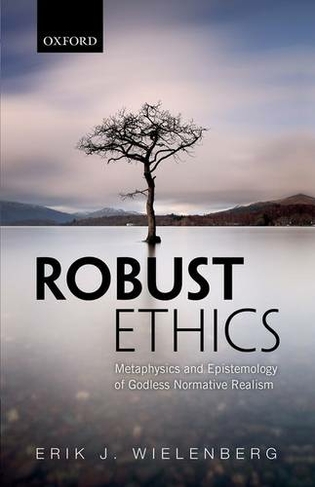 Robust Ethics The Metaphysics and Epistemology of Godless Normative Realism

Erik J. Wielenberg draws on recent work in analytic philosophy and empirical moral psychology to defend non-theistic robust normative realism and develop an empirically-grounded account of human moral knowledge. Non-theistic robust normative realism has it that there are objective, non-natural, sui generis ethical features of the universe that do not depend on God for their existence. The early chapters of the book address various challenges to the intelligibility and plausibility of the claim that irreducible ethical features of things supervene on their non-ethical features as well as challenges from defenders of theistic ethics who argue that objective morality requires a theistic foundation. Later chapters develop an account of moral knowledge and answer various recent purported debunkings of morality, including those based on scientific research into the nature of the proximate causes of human moral beliefs as well as those based on proposed evolutionary explanations of our moral beliefs.

Erik J. Wielenberg is Professor of Philosophy at DePauw University. He works primarily in ethics and the philosophy of religion and is the author of Value and Virtue in a Godless Universe (CUP, 2005) and God and the Reach of Reason (CUP, 2007). His work has appeared in such journals as Ethics, Ethical Theory and Moral Practice, Synthese, Faith and Philosophy, The European Journal for Philosophy ofReligion, and Religious Studies.