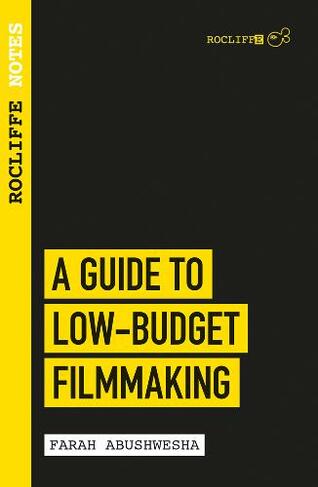 This step-by-step, common sense guide on producing short or low-budget films includes suggestions on everything filmmakers need to know, from packaging a film, understanding budgeting, casting, crewing, financing and scheduling, to production and festival strategy. It explains how to turn your script into a film. It has a unique insight by providing insider confidences, from established industry players to peers, on how you don't need permission to make films. A revelation for all would-be filmmakers, this is a guide to the nuts and bolts of making a film.

Farah Abushwesha has produced the feature The Last Photograph, directed by and starring Danny Huston, and an Irish Film Board commission to celebrate the centenary of the 1916 Easter Rising. She runs UK based company Rocliffe as well as being the European Director of Content for Emmy-winning Exec Producer Stephanie Laing's online comedy platform PYPO. She was the co-producer on Pinewood Studio's Pressure with Danny Huston and Matthew Goode, and producer of Newscope's teen thriller Don't Hang Up starring Gregg Sulkin and Gareth Clayton. Her production work includes two acclaimed directorial debuts: BAFTA Breakthrough Brit Rowan Athale's The Rise and BAFTA nominee Tom Harper's The Scouting Book for Boys. Her short film The Party has been nominated for a 2017 BAFTA. Farah is the founder of the BAFTA Rocliffe New Writing Competition - the initiative behind the BAFTA and Rocliffe's FORUM LIST. She is a champion of new screen talent and author of the Amazon bestseller Rocliffe Notes. Farah was recently listed by Stepfeed as one of "11 Inspirational Arab Women in Film."