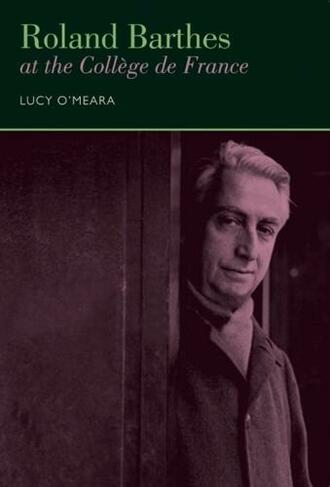 By Lucy O'Meara (Author)
Hardback
https://www.whsmith.co.uk/products/roland-barthes-at-the-college-de-france-22/lucy-omeara/hardback/9781846318436-01-000.html £24.00
GBP
Availability
Currently unavailable. We don't know when or if this item will be back in stock
With Free Saver Delivery
Details
FREE SHIPPING over £20 for Saver Delivery
Share

An Open Access edition of this book is available on the Liverpool University Press website and the OAPEN library. Roland Barthes at the College de France studies the four lecture courses given by Barthes in Paris between 1977 and 1980. This study, the first full-length account of this material, places Barthes's teaching within institutional, intellectual and personal contexts. Analysing the texts and recordings of Comment vivre ensemble, Le Neutre and La Preparation du roman I et II in tandem with Barthes's 1970s output, the book brings together for the first time all the strands of Barthes's activity as writer, teacher and public intellectual. Theoretically wide-ranging in scope, Lucy O'Meara's study focuses particularly on Barthes's pedagogical style, addressing how his wilfully un-magisterial teaching links to the anti-systematic, anti-dogmatic goals of the rest of his work. Barthes's methodology sought to negotiate the balance between singularity and universality, and central to this endeavour are aesthetic thought and techniques of essayism and fragmentation. Barthes's strategies are here linked to broad intellectual influences, from the legacies of Montaigne, Kant, Schlegel and Adorno to the contemporary intellectual trends which Barthes sought to evade, and his attraction towards Eastern philosophies such as Zen and Tao. Barthes's lectures discuss ideal forms of community life, 'neutral' modes of discourse and behaviour, and the idea of writing a novel. His consideration of these fantasies involves a profound exploration of the nature of literary creation, social interaction, subjectivity, and the possibility of a universal particular. Roland Barthes at the College de France reassesses the critical and ethical priorities of Barthes's work in the decade before his death, demonstrating the vitally affirmative core of Barthes's late thought.

Lucy O'Meara is lecturer in French at the University of Kent.