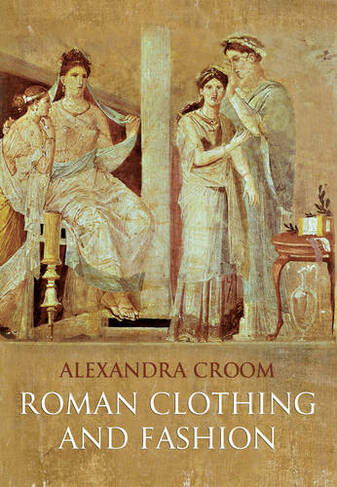 By Alexandra Croom (Author)
Paperback
https://www.whsmith.co.uk/products/roman-clothing-and-fashion/alexandra-croom/paperback/9781848689770-12-000.html N/A
GBP
Availability
Currently unavailable. We dont know when or if this item will be back in stock
Free Saver Delivery on orders over £25
Details
FREE SHIPPING over £25 for Saver Delivery
Share

There is plenty of information about military dress in Roman Britain and the rest of the Roman Empire, but the evidence for civilian dress has not been comprehensively looked at since the 1930s. In this richly illustrated survey, Alexandra Croom describes the range and style of clothing worn throughout the Western Empire and shows how fashions changed between the first and the sixth centuries. After a short introduction to the evidence (from archaeology, art and literature), and to the manufacture of clothing and its use in status display, she systematically treats male and female dress, looking at the tunic, toga (for men), mantle (for women) and cloaks; underwear, footwear and specialist wear; hats, hairstyles and jewellery. The book concentrates on the clothing work in the Mediterranean region, but includes a section on provincial fashions. A fine and varied corpus of illustrations (including colour plates) helps to bring the everyday world of the Roman Empire to life. 102 Illustrations, unspecified

Alexandra Croom is Senior Keeper of Archaeology and Curator of Arbeia Roman Fort, Tyne and Wear. She has published on small finds, food and drink in the Arbeia Journal and magazine, and is secretary of a re-enactment group Cohors V Gallorum, which involves researching and recreating third-century provincial clothing.