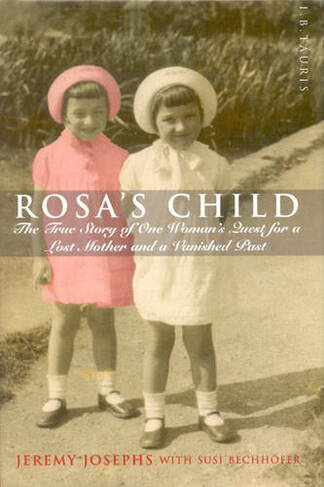 Rosa's Child One Woman's Search for Her Past

Liverpool Street station, July 1939. A three-year old Jewish child, just arrived as an evacuee, awaits the start of a new life. Her mother - Rosa Bechhofer - has been left behind in Germany. Her father is unknown. Only 50 years later does Grace Stocken, living in Rugby, a devout Christian and church organist, discover the truth about her background: she is the daughter of Rosa, a young Jewish woman who saved her fatherless child from the Holocaust. The discovery of her real identity propels Grace - now calling herself Susie Bachhofer, the name given her by Rosa - on her quest: for her mother's fate, for her father's name and for her natural family. In Munich she learns that her mother was gassed in Auschwitz, while her father served as a Nazi foot-soldier. She finds cousins in New York and a half-sister in Germany of whom she knows nothing. In the course of her quest, she confronts a dark secret from her own past: the sexual abuse she endured as a child from her adoptive father. 16 b&w halftones

Jeremy Josephs lives in Paris and is the author of several books. Susi Bechhoefer now lives in England.